After saying, last week, I would be working on an old coke bottle, a vase and a chopping board I have only managed to do two of those things but I have worked on the chest I put up last week and more hearts.

The centre of the above photo is a fridge magnet made out of an old cd, which looks so much better in real life.

The vase now upcycled.  The vase was first draped with t shirt material soaked in Lead Powertex (excess removed), then gauze was covered in Lead Powertex and draped on top.  I let the vase dry overnight before brushing over first in black pigment mixed with varnish, this wass allowed to dry but wasn’t the effect I was after, so out came the purple pigment, followed by silver.  I love the way the silver has certainly picked out all the folds and texture of the gauze fabric. 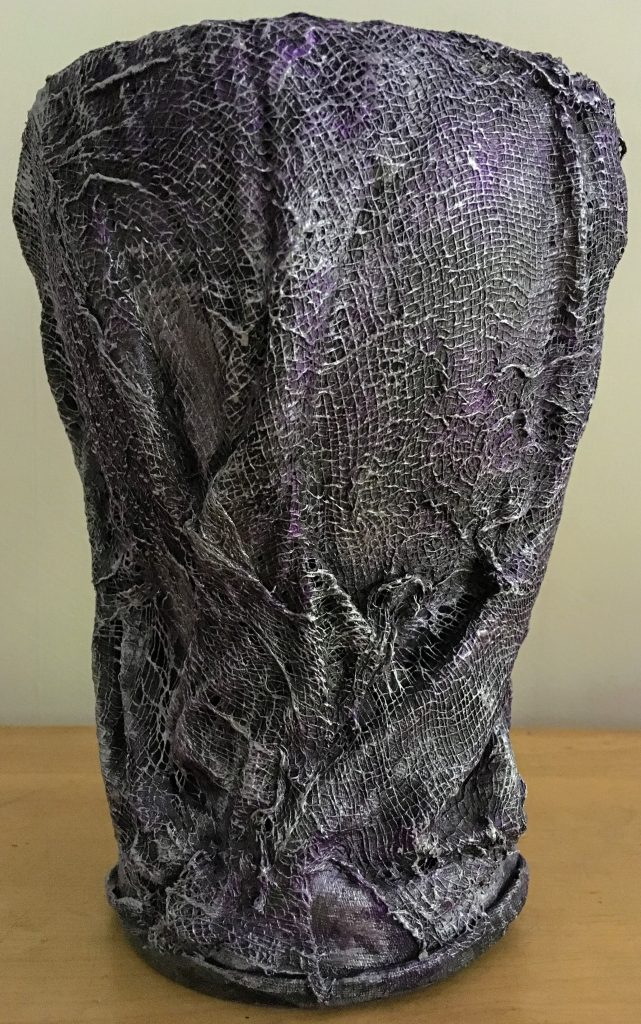 The coke bottle was turned into a tree house plant pot, all I have to get is the fern to grow out of the top!

The chest has been worked on too, although you could still say it is a work in progress. 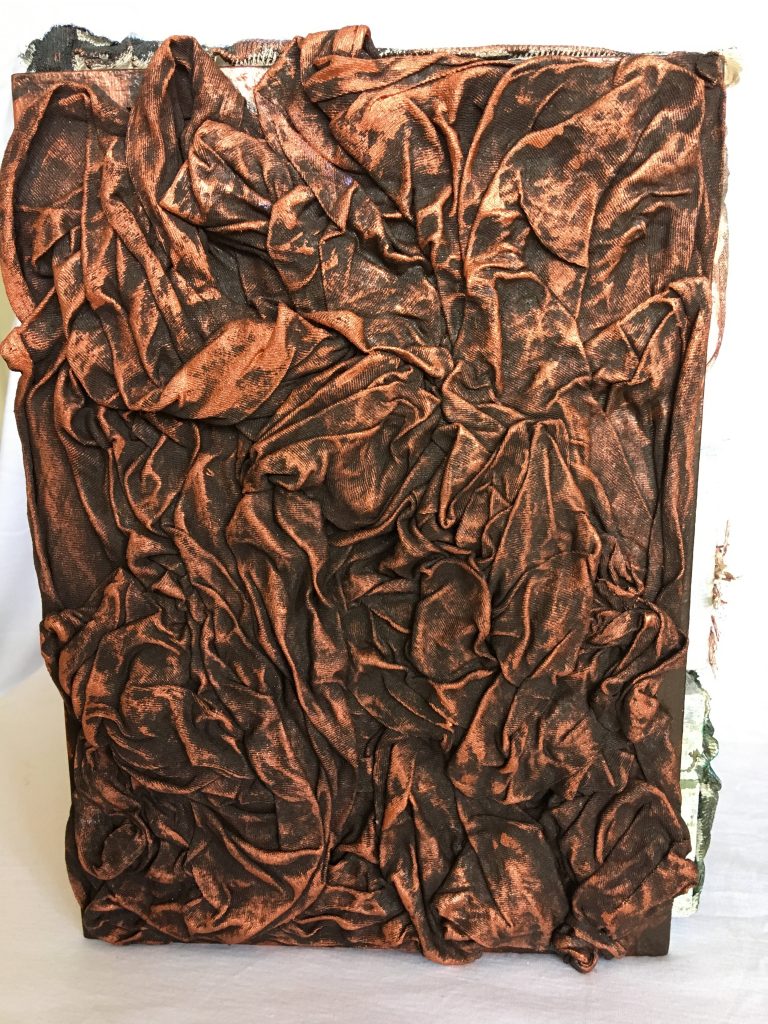 This coming week I am working on fridge magnets for my first craft fair at Rowheath Pavillion in Bourneville next Monday, if you have a couple of hours to spare please come down and have a chat.  There is a cafe and a bar along with lots of fun from 10 until 3pm.

Thanks for stopping by. x